Infinite Jest Will Set You Free….But Not Until It’s Finished With You

On December 22nd, the first day of winter, I set out to resolve some “unfinished business.”  I decided it was time to finally read David Foster Wallace’s Infinite Jest from cover to cover. I had attempted this feat twice prior, once in high school and again in college. Foray # 2 concluded with me hurling a hardbound copy of the book across a living room in Eugene, Oregon.

This time around, I was determined to make it all the way to the end. I approached the book with the bloodthirsty determination of the vengeful Bride in Kill Bill…or at least the titular heroes in Revenge of the Nerds. To make things more interesting, I decided to tweet about the experience over on Twitter with the username “infinite_winter.” I also tried to keep myself on a strict, 12-pages-a-day schedule to ensure that I would complete the book by the first day of spring (I didn’t always stick with it though). I called this whole thing “The Infinite Winter Project.”

1,079 pages, 388 footnotes, 828 tweets and 89 days later, I accomplished my goal which, in hindsight, was hardly a jaunt up Everest. I didn’t expect anyone on Twitter to actually follow the account. This whole thing was entirely too silly and pretentious, right? Nevertheless, I wound up with 99 followers, some of whom even responded to what I had to say about the book and/or were tackling it themselves. So at least some of them weren’t spambots. 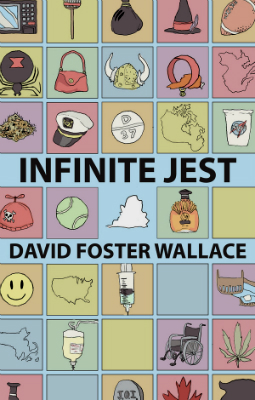 What resulted was a sort of social media book club that spanned three continents. It was both weird and wonderful to find myself discussing subtext, themes, confusing plot threads and things like “Randy Lenz sure is a turd, isn’t he?” with readers in the United States and in places as far away as New Zealand. A quick shout-out, in no particular order, to “Reqbat,” “Sytra,” “MsHarkin,” “Peajayar,” “ThatRobCharlton,” “lilisolomon74” and “TradePaperbacks.” Thanks for your thoughts, encouragement and for helping to make this project a fun and memorable one, guys.

Some of the people I tweeted with grew so frustrated with the book that they gave up, wishing me well as they cast it aside. Others blew past me, finishing Infinite Jest in 30 days or less. I also drew the attention of die-hard Wallace fans, a few of whom didn’t approve of my snarky running commentary, blasting my tweets with phrases like “nothing Wallace did was unintentional,” “everything you need to know about life and everything else is in Infinite Jest” and a few good ol’ “you just don’t get it.”

But enough about all that. What did I actually think of Infinite Jest? Looking back, it’s not the impenetrable/pompous beast I had always written it off as , nor is it the impossibly brilliant masterpiece that many have claimed over the years. It’s not as smart as it thinks it is or as many Wallace fans think it is. 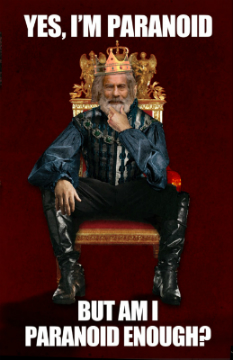 Once you get past the footnotes, the rampant digressions, the odd timeline, and the mixed-up narrative, Infinite Jest is a book that is, ultimately, about three things: addiction, recovery and tennis. Some of its passages flow like water across the page— incredibly readable and impossibly witty, but these gems are mixed up in a murky manuscript that’s completely unconcerned with its readership. Like a rabid Great Dane on a leash, Infinite Jest is a book that goes where it wants and it doesn’t give a damn about you. It will happily drag you through all sorts of mud and muck, right into the literary equivalent of a freeway, in its mad quest to quench its own desires.

Wallace knew this as he was writing. The book is as self-indulgent as it is self-conscious and self-effacing, with quirky asides and gags that poke fun at its obvious shortcomings. The plot itself is definitely extraordinary. In a dystopic America, where a large part of New England has been turned into a gigantic garbage dump and even years receive corporate sponsorship, a part-time filmmaker and founder of the Enfield Tennis Academy cobbles together the most entertaining short movie of all time.

Titled “Infinite Jest V,” the film is so captivating that it instantly turns anyone who merely gazes a moment of it into a hopeless, catatonic addict. Recognizing the awesome, destructive power of something like this, government agents madly scramble to track down every copy they can find as a Canadian separatist group struggles to locate the master copy for its own devious purposes. Along the way, a group of students at Enfield and the residents of a drug and alcohol recovery house get shoehorned into the plot.

Imagine what a masterful satirist like Kurt Vonnegut could have done with a premise like this. Unfortunately, Wallace was no Vonnegut. In interviews after Infinite Jest‘s publication, the author talked about his time in a recovery program, his addiction to marijuana and problems with alcohol. These experiences must have weighed incredibly heavily on Wallace, especially as he dived into the manuscript. As one reads Infinite Jest, it’s impossibly not to get the feeling that its author was battling some very personal demons…and that he had a humongous ax to grind with both recovery clinics and Alcohol/Narcotics Anonymous.

A huge chunk of the book is devoted to exploring every nuance of these programs and ranting about them. Wallace sends his characters to numerous recovery meetings and  clinics, describing them all in excruciating detail while forsaking his larger, and much more interesting, narrative. Worse yet, the book has what must be the most unsatisfying conclusion of any book that has ever appeared on the New York Times‘ Bestsellers List.  I can only assume that he wasn’t entirely in control of his facilities as a writer while he was working on Infinite Jest. He just couldn’t resist the pull of these digressions, leaving me to wonder why he didn’t split this project into multiple novels or why his editor didn’t force him to do so. 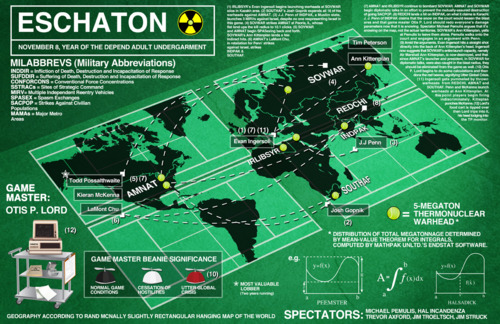 Infinite Jest would work much better as three books instead of one. It’s a shame Wallace didn’t exorcise his demons in a book solely about Boston recovery programs before working on a second, influenced by the works of JD Salinger, about the students and staff at Enfield. Then, with those out of the way, he could have plunged into a third, a sci-fi tome about the film and the forces scrambling to get a hold of it.

Ultimately, what we have here is an incredibly frustrating novel, probably the most frustrating one I’ve ever read. The premise is soooooo brilliant and Wallace’s prose is engaging but Infinite Jest remains an out-of-control train. To borrow a line from Hamlet, which inspired the title and many of the novel’s pathos, there was a method to Wallace’s madness but it’s a shame that he lost it somewhere along the way.

This entry was posted in books, vice. Bookmark the permalink.

10 Responses to Infinite Jest Will Set You Free….But Not Until It’s Finished With You